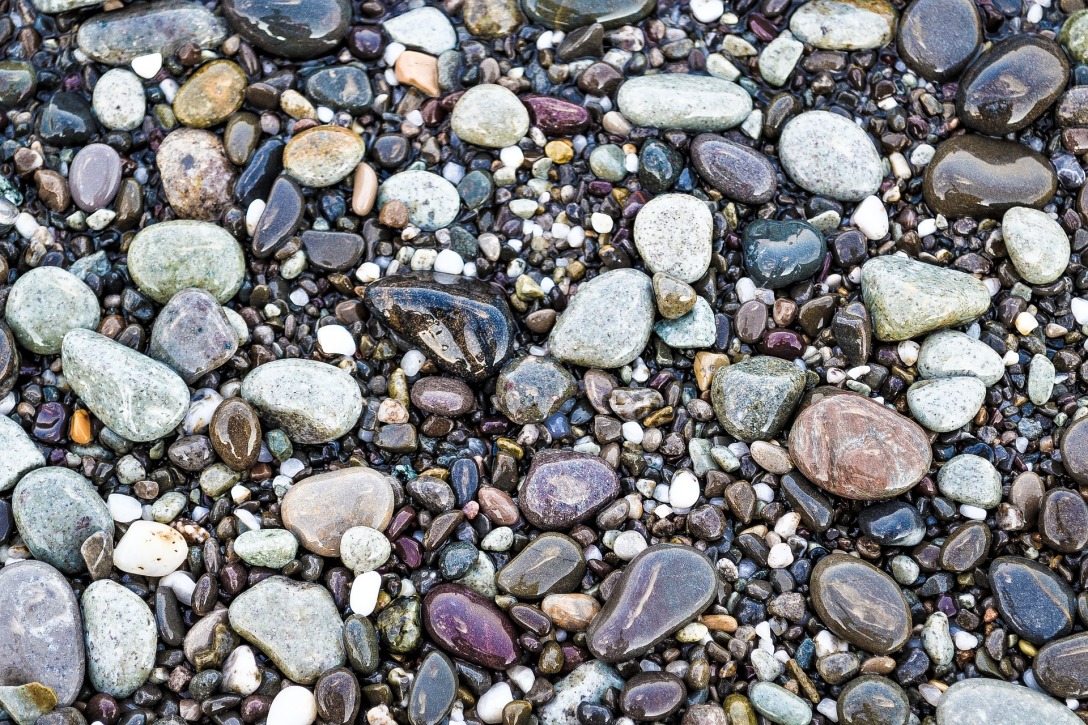 Although it is November it is a warm night
Two men sit drinking on the shingle.
The shingle even in the dully lit city night
appears speckled, with stones of tan and white and grey and blue-grey
Some of the stones are small enough to be picked up in handfuls
Others, on their own, are large enough to break a window.
To the right are two piers
One illuminates the night with gaudy amusement.
The other, long since burnt out, looks from a distance
like the charred, skeletal
remains of an accidentally lit matchbox house.
The sea itself is an opaque purple-black
with a yellow-white foam hemming which repeats infinitely.
The smell of sea and salt is faint,
as if bordering with a city had tamed it.
The city sleeps behind the two men, who do not face it
If they wanted to reach it, they would have to climb beyond two breakwaters.
The lower breakwater is concrete
It waits low and staunch for the sea’s ambush
The other, much higher and made of brick,
is crowned with a metal barricade that has oxidized to sage green.
They are both lined with white, ornate lampposts
Each lamppost has a bolt running through it, just below the lamp.
They provide the only light for the beach.

Beyond the breakwaters and their lampposts lies the city proper
Off-white Victorian buildings line the sprawling seafront,
None of them are homes.
Beyond the seafront there are few reminders of the sea,
only the gull’s persistent cat-calls.

View all posts by esdougan